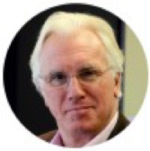 He was Wolfson Professor and head of general practice and primary care at King’s College London School of Medicine from 1993 – 2010, where he was also Dean for Teaching and Dean for External Affairs, and now holds an emeritus position there

Professor Jones has played a leading role in the development of academic general practice in the UK over the last 20 years during which time his main area of research interest has been the epidemiology and management of common gastrointestinal problems in the community and in primary care. He has also published on mental health problems in primary care and on the relationships between health and ethnicity, and on health policy and medical ethics. He has been active in research and development in medical education since the introduction of the OSCE at Southampton in the 1980s.

Professor Jones edited Family Practice, an international journal of primary care, between 1990– 2004 and was Editor-in-Chief of the prize-winning Oxford Textbook of Primary Medical Care, published in 2005.